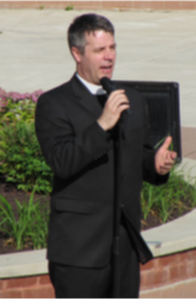 
Peter W. Mayer is the 46th rector of St. Margaret's Church. He previosuly served as rector of Emmanuel Episcopal Church in Cumberland, Rhode Island before beginning his ministry here in October of 2010. After graduating from Virginia Theological Seminary in 2001, he served as associate rector at St. John's Episcopal Chuch, Lafayette Square in Washington, D.C. While in Rhode Island, he chaired the Diocesan Commission on Congregational Development. Currently in the Diocese of Maryland, he serves on a task force charged with allocation review. Husband to Allison and father to Sarah and Allen, Peter is an avid golfer and a follower of the 2011 Stanley Cup  Champion Boston Bruins. 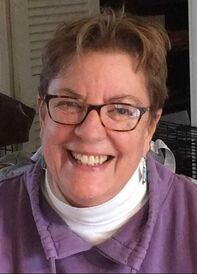 Patti Sachs is the Assistant Rector at St. Margaret's where she focuses on formation for all parishioners. Before her coming to St. Margaret's, she was a member of St. James’ Parish in Lothian since 2001. Patti spent two years in the Deacon Formation program in Maryland before attending Virginia Theological Seminary. She graduated with a Post-Graduate Diploma in Theology.  In Patti's spare time, she is a woodworker, cook and gardener who lives in Shady Side with her partner of 32 years, Patricia (Potzie). In her woodworking life, she has made three croziers (shepherds crooks) for the bishops of Maryland, lots of furniture and even a rowboat for the YWCA.  Mostly, she is thankful to God for this journey and to the St. Margaret’s family for welcoming her into the fold. 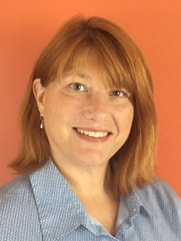 ​Elizabeth and her family moved to Maryland from Georgia in 2014.  A desire to be closer to her sister and have their children grow up together is what motivated her family to make the move. Elizabeth holds a degree in Philosophy with a concentration in Religious Studies and Business Ethics.

Most of her career has been spent in public service working for various state and county agencies with a focus on fostering community involvement, organizational development, facility management, volunteer services, budgeting and program development.  Elizabeth has been a member of several community agency board of directors including ArtWorks Gwinnett, Gwinnett Council on Aging, Maryland-National Capital Park and Planning Commission Health and Wellness Initiative and is actively working to support Welcoming Schools and Anti-Bullying curriculum in Queen Anne’s County Schools. A young son keeps her family active and involved in supporting parks and recreation youth sports and appreciating volunteer coaches!  Elizabeth enjoys spending time with family and friends, reading, kayaking and sharing a cup of coffee and engaging conversation. 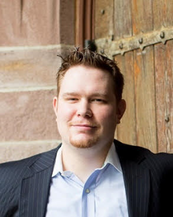 ​Jim Douglas is a New Jersey native who enjoys an active career as a church musician, conductor, keyboardist, professional singer and composer/arranger. He oversees all aspects of the music ministry at St Margaret's, serving as parish organist, director of adult choirs and the chorister program, and is the point person for music used in liturgy, services, as well as for musical groups wishing to perform at St. Margaret's. Jim was previously Director of Music Ministry at St. Matthew's Episcopal Church, Pennington, New Jersey and Director of Music & Organist at St. James’ Church, Long Branch, NJ, where he was parish organist, choirmaster and cantor. There, he established a high school choral scholar program, re-established a children’s choir and coordinated a highly-regarded recital and concert series. Jim is married to Abbie and they have two young children, Oliver and Charlotte. To learn more about Jim, click here. 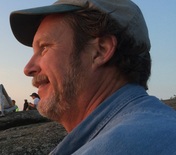 Jeff and his family have been parishioners at St. Margaret’s since 2001.  He retired from the Army as a Military Intelligence officer after 20 years of active duty that saw him deployed extensively in East Asia, Central Europe, and South America.  After retirement, Jeff helped start an intelligence consulting firm which he left in 2013 to pursue a Master’s Degree at St. John’s College in Annapolis, and he received his MA in May 2016.  As a member of St. Margaret’s he has been a Vestry member, a Sunday School teacher and a mentor to the older youth.  As Youth Ministries Coordinator, Jeff is responsible for the formation of grades 6-12, and  the Youth Group. Jeff currently resides on the Broadneck Peninsula with his wife Alice (who is very active in the St. Margaret’s music program) and their pets. 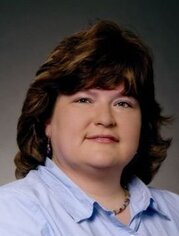 Laura is an Arkansas native and grew up as the daughter of a well-known journalist. She graduated from college as a music major and taught elementary school music for a year before moving into the area of education and public information with the Arkansas Governor's Office. She moved to Washington in 1992 and served as the Public Information Officer for the National Education Goals Panel and later moved over to the White House. She met her husband Mike, a local band and orchestra director from Maryland, and stayed "up north," busily raising daughter Anna and son Joey. Laura previously published a community magazine and website called Suburban Scene in Crofton and also served as a community news reporter for the Capital for several years. Before joining our staff, Laura was the editor of Broadneck Patch. 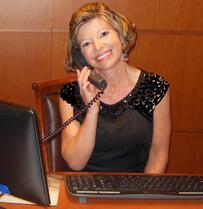 Teresa comes to St. Margaret's with comprehensive knowledge of accounting principles. Originally from Texas, she has lived in many areas of the country, and served as an administrative and financial professional in a variety of roles. She and her husband have happily settled in the area and now call Annapolis their home. 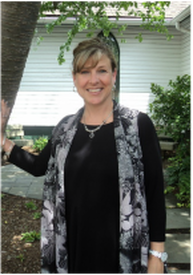 
Tricia comes to St. Margaret’s with over 20 years of experience in the public and private fields of education. Having received her Bachelor’s degree in Education at Virginia Tech, she has continued her education and has her certification both in elementary and early childhood education. She sat on many school-based site committees and worked closely with curriculum development and adoptions for several state programs. In addition, Tricia has written and taught curriculum for pre-k and kindergarten classes. She has also started up and led many Girl Scout troops over the years. When not in the classroom, Tricia has kept up her skills through a private tutoring business. 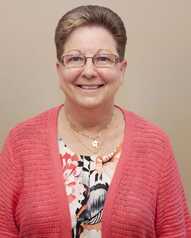 Judy Hall has been attending St. Margaret’s Church since 1986 when she and her young family moved to Cape St. Claire.  She has taught Sunday school and was head chef for the Monday night Acolytes dinner when her children were young.  She worked with the church's archives project for 2 ½ yrs gathering information on all the gifts and memorials given to the church over many years.  Now she helps with organizing the parish's Winter Relief efforts. She is a member of the Women’s Guild and organizes the church's Holiday Bazaar.  As the Churchyard Administrator, she is compiling a database of all who are buried or cremated in the churchyard and arranges for the upkeep of the cemetery and columbium grounds.  She also volunteers in the administration office frequently. 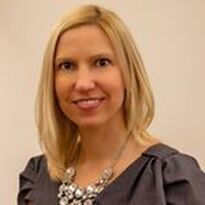 Ms. Feldmann has been a member of the parish since 2007. In her time at St. Margaret’s, she has served as a member of and liaison to the grants committee, a Godly Play instructor and most recently, held the chairmanship of the Missions Commission. She is grateful for the opportunity to serve her fellow parishioners, the church, her community and God.
Currently the marketing and communications manager for the Anne Arundel County Public Library system, Ms. Feldmann has more 20 years of experience in public relations at organizations in Annapolis. Most recently, she served as the deputy director of communications for Comptroller Peter Franchot and previously in communications roles for former Governor William Donald Schaefer, the Chesapeake Bay Foundation and U.S. Naval Academy.